HH the Ruler of Sharjah and HH the Ruler of Ras Al Khaimah inspected the intersections, tunnels and underground crossings of the new highway that passes through deserts, plains and mountains. The highway includes 14 intersections, and 7 underground crossings along with five pairs of tunnels dug through high mountains. These include Al Sidra Tunnel (2700 metres), which is the longest covered mountain tunnel in the Middle East.

Their Highnesses also inspected Al Rafisah Dam, one of the most important family tourism destinations in Khorfakkan. Spanning a total area of 10,684 square metres, it includes a mosque, outdoor seating area for 300 people, car parking for 45 vehicles, a walkway, and three playing areas spanning 410 sqm.

HH Ruler of Sharjah laid the foundation stone for the branch of Arab Academy for Science, Technology and Maritime Transport in Khorfakkan on this occasion. The Academy will grant students a bachelor's degree in applied, theoretical and maritime sciences. He also inaugurated the Khorfakkan Lakes and Fountains Project at the entrance of Khorfakkan. It features 4 lagoons and a number of fountains. It is surrounded by cedar trees in all directions, transforming the place into a massive park.

He also unveiled the Resistance Monument, which bears a historical and symbolic significance for the city's authentic heritage, and is a testament to the steadfastness of the Khorfakkan people in the face of the Portuguese invasion in the early 15th century.

The leaders also went up to the top of the mountain, where the unique Al Rabi Tower sits, which is distinguished by its unique architecture, to unveil the memorial plaque of the tower that introduces the tower and the history of its construction. He also inaugurated “Al Adwani Tower” located on a hilltop near the Khorfakkan Port besides unveiling a memorial plaque for the excavations of the ancient Khorfakkan wall.

Later, the leaders attended the premiere of the film “Khorfakkan 1507” which is inspired by the book, “Khorfakkan's resistance against the Portuguese invasion of September 1507” authored by HH Sheikh Dr Sultan bin Mohamed al Qasimi. The film has been produced by the Sharjah Broadcasting Authority in cooperation with Get Go Films Ltd.

More than 300 people, including Emirati and Arab artists and producers, took part in the making of the historical film. The film was shot on the shores of Khorfakkan and the ancient city. Through the film, HH Ruler of Sharjah aims to promote the idea of Khorfakkan’s resistance at that important era of the country’s history, and to introduce current generations to the hardship suffered by Khorfakkan and its rebels due to the Portuguese unlawful invasion and occupation.

On this occasion, HH Sharjah Ruler also announced that many more projects will continue to be developed in Khorfakkan to increase the beauty of the city, and provide it with all educational, sports and leisure facilities.

He also promised to develop Shis area along the lines of Al Rafisah besides establishing Khorfakkan Sports City. The projects at the entrance of Khorfakkan will also continue with a new Clock Tower being built along with the Cultural Palace which will include theatres, libraries and halls for all cultural activities, he added. HH Ruler of Sharjah also promised a new corniche project that will extend from Zubarah beach to Luluah areas, and will be named Al Sabihiyah Beach. Also he announced that the Khorfakkan branch of Sharjah University would be developed into the Khorfakkan University within 2 years. 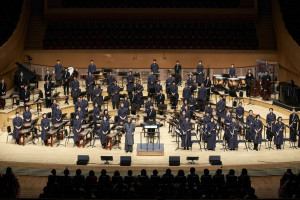